It all used to be so easy.  You drove up in your car to the gas station, and you said to yourself, “I’ll fill up, pay the cashier, and go.  Maybe I might buy some oil or windscreen wash.” Then gas stations began selling food.  Who remembers Clark Griswold and his famous line, “I’m so hungry I could eat a sandwich from a gas station”?  At a push, at a real stretch, that became an upsell item, if you dared.  Then it became convenience items.  Overpriced brand name quick-grab items; you know, the ones which you couldn’t be bothered to stop off at a grocery store for, and were willing to pay over the odds for the convenience. 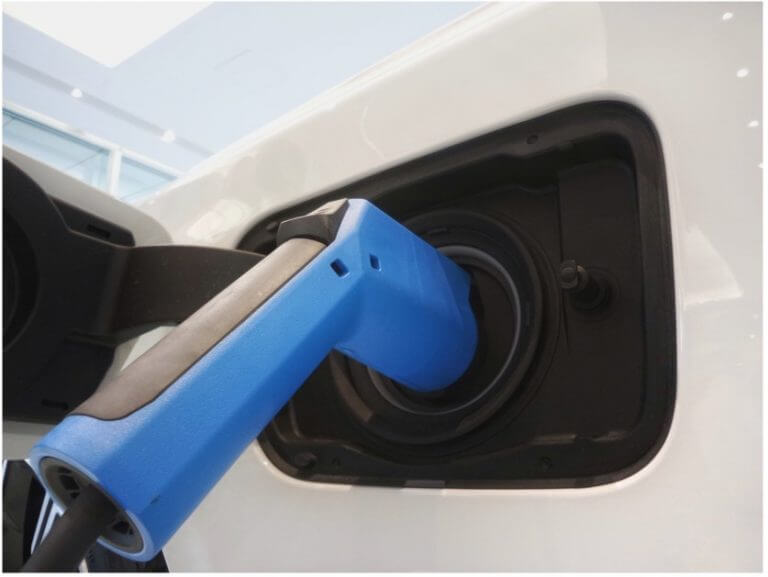 And then in 2008, something happened.  Cars became much more fuel efficient.  Customer dynamics changed.  Loyalty meant less to the customer.  People wanted more from their stop.  People wanted the C-Store to be a destination, rather than a necessity stop.  And that’s okay, but it switched everything into a much higher-gear.  The changes from 1905 to 2000 were not what you would call fast, and really why did they need to be?  The only real shift in the fuel retail world came as a result of the supermarket entry into the fuel retail space, but overall, standard petrol stations did not really change all that much.

With the advent of the Prius, and with fuel economical cars, fuel retailers have appeared to move into overdrive, which changes happening much faster than they once did.  Customer’s demands post the 2008 financial crisis have evolved too, with a greater demand for quality in the c-store; gourmet food and coffee, more options, healthier options and prices comparable with grocery stores.

Things are now moving at a pace which was previously inconceivable.  Petrol stations have become retail hubs, meeting spots to grab a bite to eat, do some shopping, pay some bills, deal with some post, and so much more.  According to NACS, today there are six different types of Convenience Store… Six! They are:

NACS also notes in the US that Convenience stores stock at least 500 SKUs; and Product mix includes grocery type items, and also includes items from the following groups: beverages, snacks, confectionery and tobacco. However, lately, in Europe, even that is shifting more over to small format grocery and the number of SKUs is growing rapidly.

In their 2021 article, Fuel retail in the age of new mobility, McKinsey and Company point out, there are plenty of adjacent value spaces for retailers, but a new way of thinking will be needed to transform their business.  This is where AI can help.

Let’s start with EV, something that retailers are slowly installing on their forecourts in order to address the challenge of charging points.  In Europe, it seems that every power company and country has a different set of rules or guidance for how EV charging can be priced. For example, some governments are saying that the customer can only be charged a fixed amount for the electricity, and then the retailer can charge a service fee.  Okay, that’s fine, so you slap on a 10cent/minute service fee, right?

Well…not quite.  Let’s flip this on its head and take a look at this from the top down.

So what is going to happen next?

What this means is giving up that one parking place to solve the EV problem, will most likely cost you more than the service charge will ever earn you.  So how to solve such a problem?  Well that’s where AI fuel pricing comes to the rescue.

PriceCast Fuel has the capability to take into account the influencing factors connected to the introduction of EV, and leverage them against an AI generated dynamic service fee, and also an adjustment to the classical fuel price in order to adjust when the customer stops at your site. It trains and sets expectations with the customer, in order to make sure that every customer is catered for in the right way.  PriceCast Fuel can work out all the relevant factors to not only price fuel, but to teach customers when to charge, in order to reduce time spent on forecourt during peak times.

This means that not only will fuel sales improve, but the c-store will see a marked uptick in sales thanks to better linearity in EV sales, and a freer forecourt area when you need it to be.

How else can AI impact Fuel Retail then?

Well, we know that most forecourts, in Europe at least, were built in a time where the focus was purely fueling, and the c-store was an after-thought.  Since those times, land has become much more expensive, and legislation makes it more difficult to greenfield new sites.  Knockdown and rebuilds help but space is still at a premium in a lot of cases.  Some retailers chose to go unmanned and whilst that solves one problem for now, it won’t last forever.

If we are to transform these smaller stations into retail hubs, then we need to consider technology.  Reducing our IT footprint is a good way to begin; cloud computing, 5G and wireless technologies will help there.  But if we are now introducing choice and thousands of additional SKUs, do we have the stock space for such a large inventory?

Here is where AI adds an interesting benefit.  By understanding your fast-moving goods, what the store needs at a given time and what factors will influence the buying decision, we can begin to rethink the way we address inventory.  The stock journey could be as follows:

AI can help understand the demand dynamics and also the best distribution management for the FSLs.  An FSL can be a cheap storage location within a certain number of kilometers/miles of a cluster of sites, thus reducing land cost for the inventory, improving automation, and most of all, increasing the capacity of the site.  AI can determine whether or not a sporting event will lead to an increase in beer sales, or even whether or not a fuel pricing event is going to increase overall sales.  This is why AI is critical.

In our last blog article, we talked about how the forecourt is not going away, but is going to change, and this could genuinely be the moment where we start to see the forecourt and C-store make the transformation into a true retail hub. QSR is now staple in the C-store, but do we really know how best to price and build our products in order to reduce waste, cost, and increase sales?  Intelligently enabled kitchen is a game changer whereby customers can order how they want, and always walk away happy with their order – this isn’t anything new, but how often do we see this being observed?  A kitchen printer is cheap in the short term, but without intelligent kitchen management, how much does that printer cost in waste and customer satisfaction?

Artificial Intelligence is a game changer which will help us to define customer centricity, understand the customer better as an individual, and change the way address tomorrow’s challenges.  When it comes to AI, using such a powerful tool just to try to analyze competitors is never going to cut it. We need to analyze each customer and say to ourselves, can we reach that person?  With A2i, whether now with PriceCast Fuel, or in the future with our extensive roadmap, you’ll be able to do just that.

Reach out to us today to discover how A2i can be your partner for all things AI today and in the future.

We use cookies on our website to give you the most relevant experience by remembering your preferences and repeat visits. By clicking “Accept”, you consent to the use of ALL the cookies.
Do not sell my personal information.
Cookie SettingsAccept
Manage consent

This website uses cookies to improve your experience while you navigate through the website. Out of these, the cookies that are categorized as necessary are stored on your browser as they are essential for the working of basic functionalities of the website. We also use third-party cookies that help us analyze and understand how you use this website. These cookies will be stored in your browser only with your consent. You also have the option to opt-out of these cookies. But opting out of some of these cookies may affect your browsing experience.
Necessary Always Enabled
Necessary cookies are absolutely essential for the website to function properly. These cookies ensure basic functionalities and security features of the website, anonymously.
Functional
Functional cookies help to perform certain functionalities like sharing the content of the website on social media platforms, collect feedbacks, and other third-party features.
Performance
Performance cookies are used to understand and analyze the key performance indexes of the website which helps in delivering a better user experience for the visitors.
Analytics
Analytical cookies are used to understand how visitors interact with the website. These cookies help provide information on metrics the number of visitors, bounce rate, traffic source, etc.
Advertisement
Advertisement cookies are used to provide visitors with relevant ads and marketing campaigns. These cookies track visitors across websites and collect information to provide customized ads.
Others
Other uncategorized cookies are those that are being analyzed and have not been classified into a category as yet.
SAVE & ACCEPT
Powered by